Articles Top 10 things to do in Bath

Bath is one of the most visited city in the UK, it’s located in Somerset, South West England and famous for its 18th-century Georgian architecture. Bath is home for two of the most prestige universities, the University of Bath and Bath Spa University.

1. Discover the highlights of the city on an open top bus tour

It’s worth spending £11.50 (student ticket) to take a tour of all iconic attractions in Bath. The tour covers the outskirt of Bath as well as the city centre. For 24 hours, you can just hop on and hop off the open top red British tour bus and explore the city.

2. Bathe in the rooftop pool of Thermae Bath Spa

Thermae Bath Spa is Britain’s only naturally warm, mineral-rich spa. You can choose to relax in an indoor Bath or spend some time in the open-air rooftop pool while enjoying the beautiful view of Bath.

3. Have a British traditional afternoon tea at the Sally Lunn

Sally Lunn is famous for being one of the oldest houses in Bath (it was built in 1482) and its Original 'Sally Lunn' Bun. The place is located in the centre of Bath, near the Abbey and Roman Baths. It also has a small museum displaying the history of the original bun created by Solange Luyon.

Lying in the centre of Bath city is the most ancient complex which is built around 70 AD, the Roman Baths. It had played an important role in history for bathing and socialising. In nowadays, it is considered one of the best-preserved roman remains in the world. 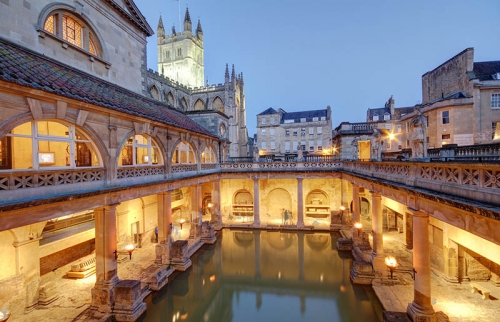 5. Walk around the city with the free audio tour guide

You can download the free World Heritage Site Audio Tour and explore the city on foot. There are 12 sound tracks unveiling Bath’s history and secrets for you as you walk down the Bath Street or pass by the beautiful Royal Crescent.

6. Overlook the city of Bath in Alexandra Park

Alexandra Park is situated at the top of Beechen Cliff and it was opened in 1902, named in honour of Queen Alexandra. At night, as the city gets lit up, you can have a peak view of the entire Bath city and its surrounding vales and hills. 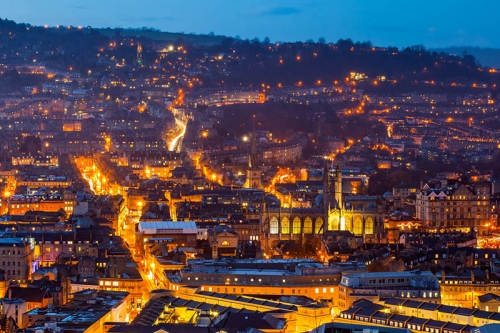 7. Stroll along the iconic Royal Crescent and pop into the museum at No.1

The Royal Crescent is a building complex of nearly 30 houses designed by architect John Wood the Younger. It is among some best examples of Georgian architecture and built between 1767 and 1774. After the walk, you may want to pay a visit to the museum at No.1 to know more about the life in Georgian Bath. 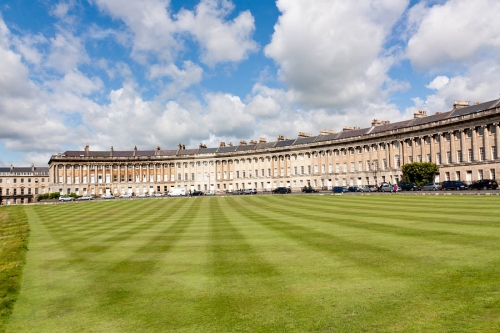 8. Have a very knowledgeable visit at the Holburne Museum

The Holburne Museum is located in Sydney Pleasure Gardens, Bath. It’s a Grand I listed building in the UK and also home for many fine and decorative arts.

9. Attend a festival in Bath

There are interesting events happening in Bath every month and some of them have gained their fame across the country. There are music festivals, biking and motoring events, carnival and folk art events for you to choose.

There are different groups in and around Bath organising tours for independent travellers. This Mad Max tour covers Stonehenge, Lacock Village, Castle Combe, Avebury Stone Circles, as well as seeing the beautiful Wiltshire countryside with picturesque thatched cottages and inns. 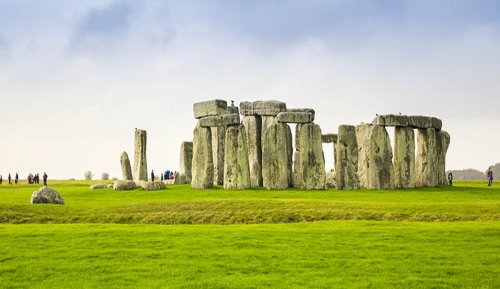