We’ve known all the benefits of joining a student society at the University. You can get cheaper deals and build some great, genuine friendships purely based on mutual interests. There is another super cool thing you can do during your study at a UK university - to learn Kung Fu!

Yes, that’s right! UK universities allow students to form their own societies and run them independently. Some genius students came up with Kung Fu clubs in different universities in the UK.

Here is a list of 6 best student Kung Fu clubs in the UK.

Cardiff University has nearly 200 student societies. The university's Kung Fu club is part of the biggest Kung Fu organisation in the world, Shaolin Kung Fu. The style originates from Shaolin temples in northern and southern China and focuses self-defence techniques and fitness.

The society has two training sessions every week and they all take place at the university’s full-equipped sports centre. 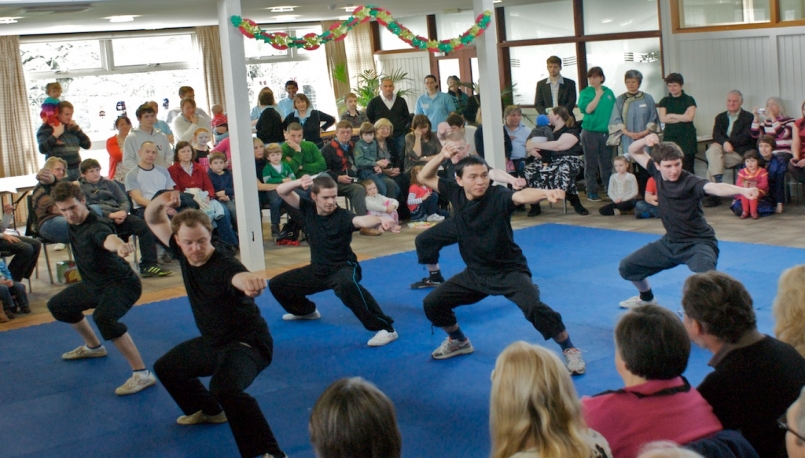 This student society was built almost 10 years ago. The club is affiliated the UK Wing Chun Kung Fu Association (UKWCKFA), Members have a chance to be trained both at the university branch of the Association and also at the Association’s West Midlands headquarters.

Some fun facts about Wing Chun:

The University of Bristol has recently been ranked as one of the top 50 universities in the world. It also has a brilliant kung fu club which is led by 34th generation warrior monk graduate, Master Yan Xin.

Well, I don’t know who he is either. Here is a video of Mater Yan Xin for you to have a little taste of his style of real Shaolin Temple Kung Fu:

The Kung Fu club in the University of Chester specialises in Hung Kuen, which is a style of Shaolin Kung Fu that was developed in Malaysia.

Members at this club will be learning all sorts of ‘forms’, a series of movements to develop their physical and spiritual development.

Although the Ladies Kung Fu Club at the University of the Arts London is a relatively new student society, it provides most forms of Traditional Chinese Martial Arts. Members can learn blocking, punching, kicking, and evasive footwork, seizing and joint locking, nerve point attacks, classical form sequences, use of weapons and Chi Kung breathing exercises.

Remember the fight between Ziyi Zhang and Michelle Yeoh? This is a little reminder:

< PREVIOUS
University of St Andrews new institute to research human purpose
NEXT >
GMAT vs. GRE: what is the difference?